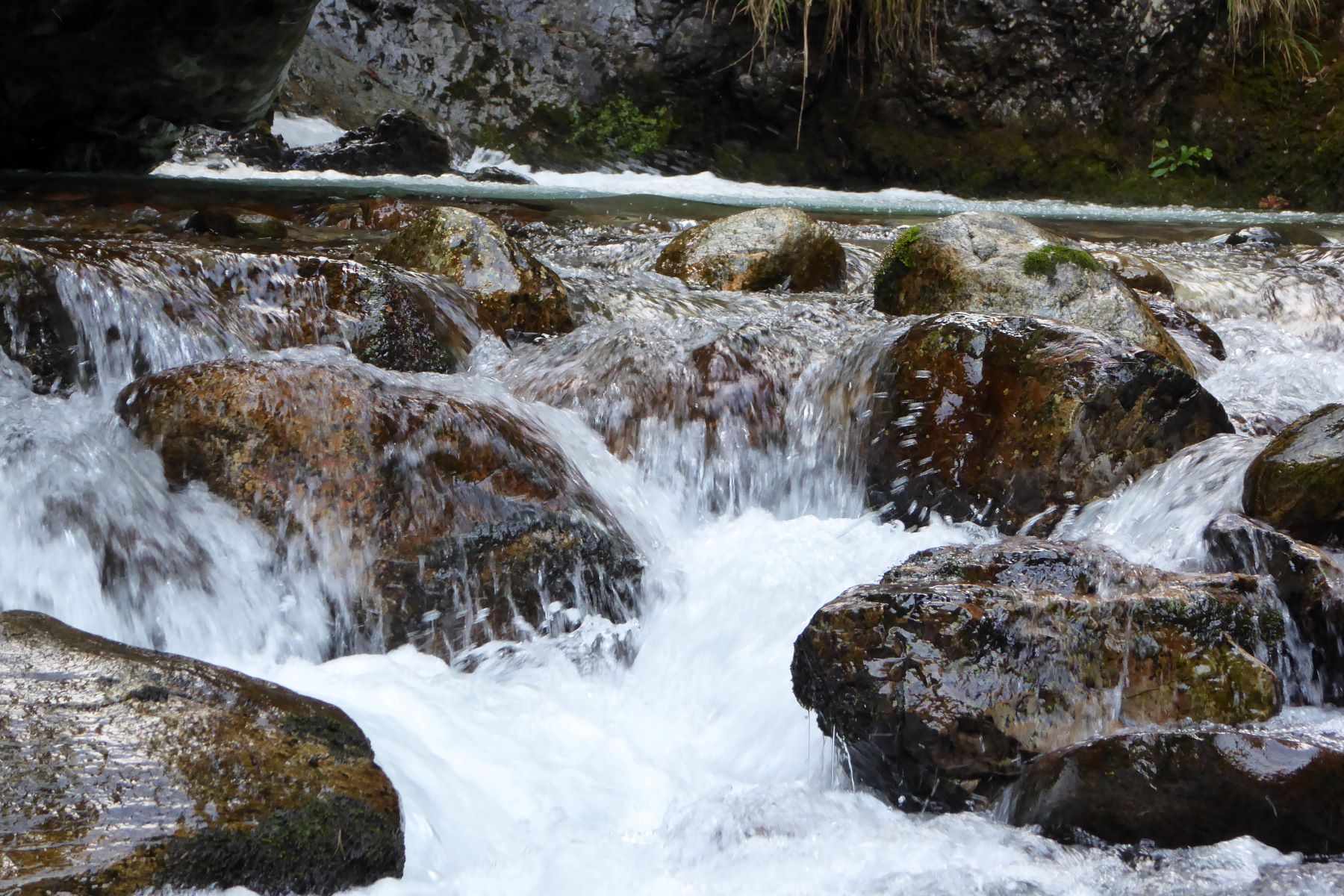 This walk follows one the many itineraries leading through the Park Val Sanagra an area rich in flora, fauna and antique rural settlements. This itinerary will show you various features of the Val Sanagra: the wonderful natural setting,  traces of its traditional activities such as mills, lime-pits, furnaces and the enormous monolith  Sass Corbée.

Take Via Calvi and, half way up the street on the right, you find the church S.Marta of the 16th century. Observe the interesting historical bas-reliefs on the facade of the church. One is a fragment of a Roman tombstone of Lucius Minicius Exorato, above it is a 15th-century effigy of the castle of Menaggio, which has become the municipal coat of arms.

At the end of Via Calvi is the parish church of S.Stefano of very ancient origins whose original Romanesque structures have however been lost.

Take Via Caronti on the left side of the church and, at the end of the street, turn right into Via Leoni and then, after 30 meters, turn left into  Via Castellino da Castello.  You ascend  to the medieval part of Menaggio. The “Castello” of today gives only a faint idea of how it was in the middle ages. It was destroyed during the occupation of the Rhaetian militias in 1523.

Just past the church S.Carlo (1614) the via Castellino da Castello ends into Via N.Sauro which you follow to the right (follow the side walk). Go up the steps on the right side of the Hotel Loveno and back on the road follow it to the left. At the next bend, (where there is a laundary mat) pick up the continuation of Via N. Sauro to the left.

You are now in the hamlet Loveno with its splendid villas.  Many important families, since the 18th century, chose the hamlet Loveno as a favourite summer resort, attracted by the beautiful landscape and wonderful climate. To begin with, on the left in Piazza Wachs Mylius, there is Villa Bel Faggio and slightly further in there is the entrance of Villa Bolza.

You pass the church San Lorenzo with its baroque facade, turn left in order to reach the sport centre and then, after a brief ascent, you arrive at Piamuro a big pasture (40 min. from Menaggio). From here follow the trail n°4 of the Parco Val Sanagra in the direction of Mulino della Valle. Just past the little Chapel dell’Artus (read the interesting legend), the track leads down to the river Sanagra.

Do not cross the bridge but continue on path n°4, that passes by the ancient kiln Galli that has been recently restored and now hosts the seat of the Val Sanagra Park.

The kiln is an example of a traditional activity. The clay of the river and its water power was used in order to make bricks and roof tiles.
Slightly further you reach La Chioderia (412 m), till 1820 a mill and then a factory where nails were made. Now-a-days it is a trout farm with a typical inn.

Continue on path n 4. Just past the trout farm you pass the trail head of path n° 3 for Barna. Those who wish to shorten the walk can follow this path to Barna (25 min) and from there walk back down to Piamuro (25 min).
Trail 4 continues straight on to Mulino Carliseppi (456 m), a mill where not much time ago wheat and corn were ground.
Cross the old stone bridge and pick up the path to the right which leads along the bank of the river Sanagra further into the valley.

You cross another bridge at the foot of Sass Corbée where the passage of the river is obstructed by enormous boulders. Steps hewn in the rock make it possible to climb up the huge monolith. From here pay attention to the trail signs that will lead you to an ancient lim-pit called Fornace della Calce.

Here take trail 4a to Barna to the right.  Further along the trail you pass a shrine from where you have a nice view of the Sanagra valley.
Once at the village Barna head for the Church square with its lovely fountain and the Church of S. Maria Maddalena. From here take the street that directs out of the town towards the parking.
After just 50m, turn right into Va Belvedere and at the end of the street pick up the trail to the left that descends in bends back to Piamuro.

You re-descend to the church SS Lorenzo and Agnese. From the church yard turn left into Via Guido Vigoni that leads into the antique centre of Loveno. You pass the entrance of Villa Mylius Vigoni  left by Ignazio Vigoni to the German Federal Republic, and now seat of an important Italian-German cultural centre. It is the most prestigious villa of Loveno with a rich collection of paintings and sculptures prints and pieces of furniture which used to belong to the founder of the villa. It is surrounded by a marvelous park of 80 hectares. In front is the not less impressive Villa Garovaglio Ricci, seat of the offices of the Italian– German centre.

Continuing along Via Guido Vigoni you reach Piazza Giuseppe Vigoni where there is a lovely fountain. Continue along Via Cariboni and after a short stretch turn right into Via Alessandro Volta, named after the famous scientist, who invented the battery, whose family originated from Loveno. You reach the entrance of Villa Govone where you turn right and descend along the cobble stone street (Via per Plesio) that crosses Via Don P. Lombardini and then ends on the road that connects Menaggio with Plesio (Via N. Sauro). From here back the way you came to the centre of Menaggio. 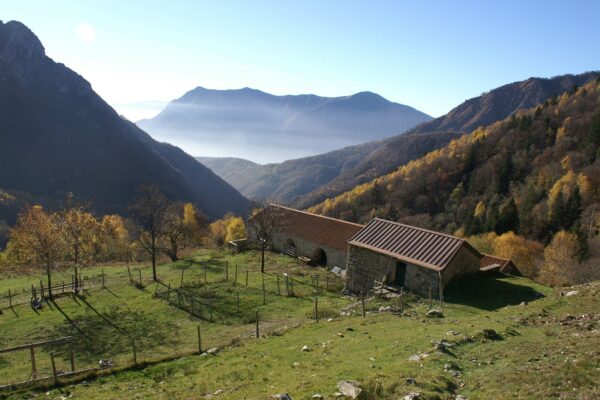 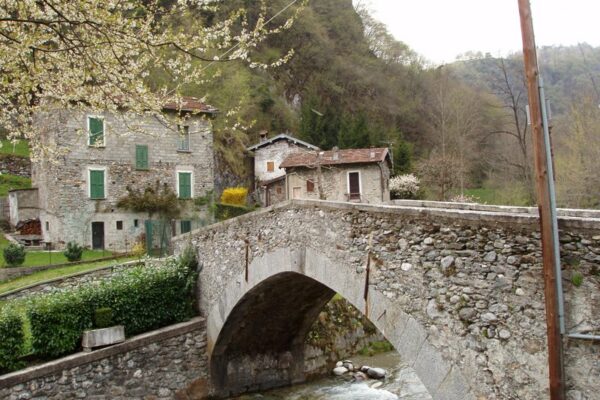 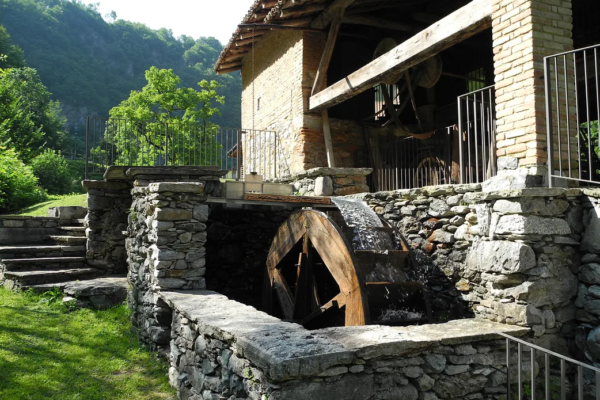 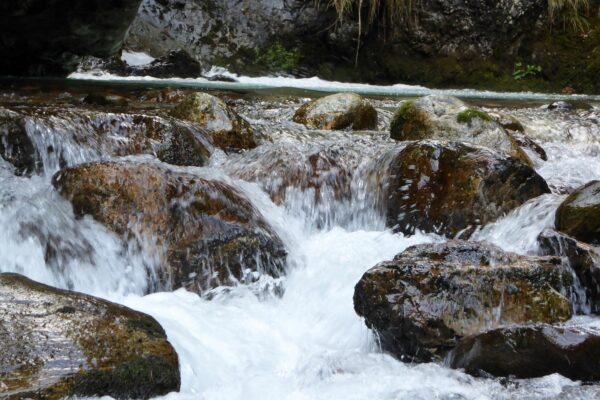 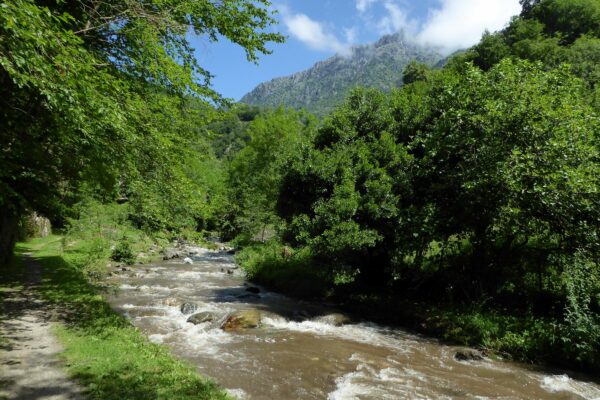 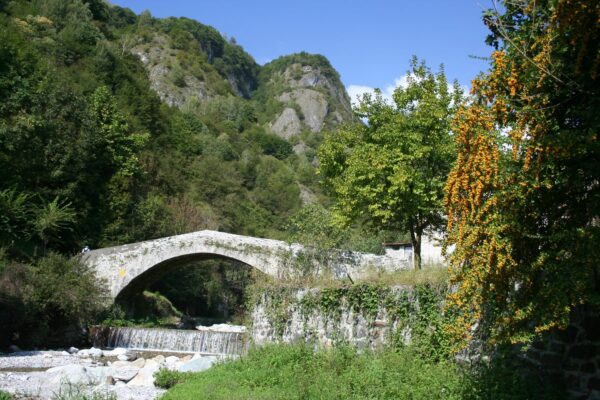 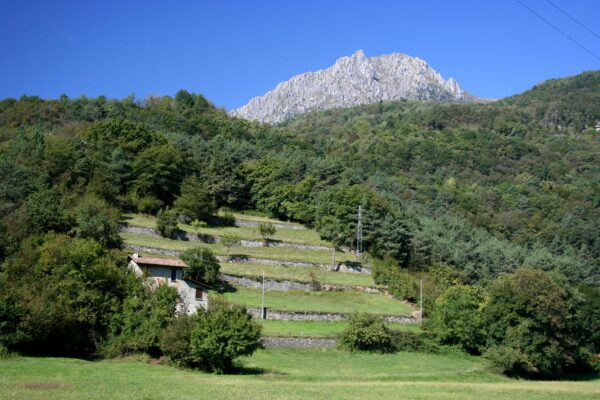 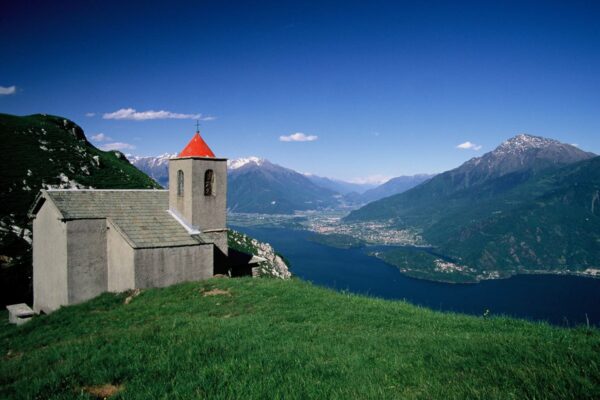 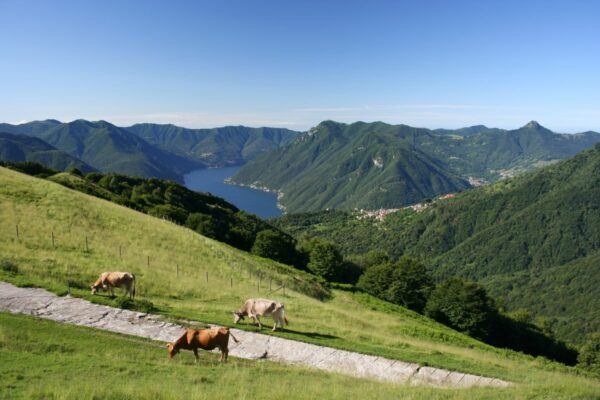 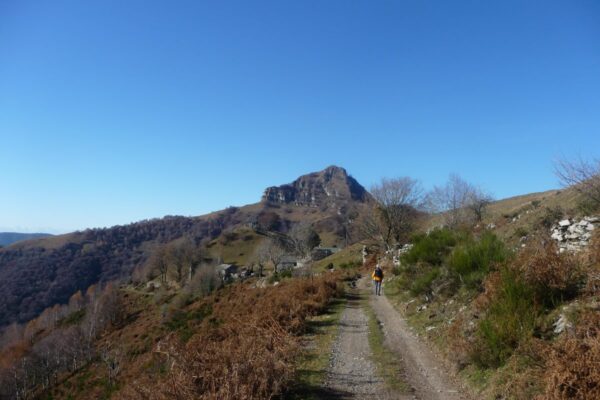