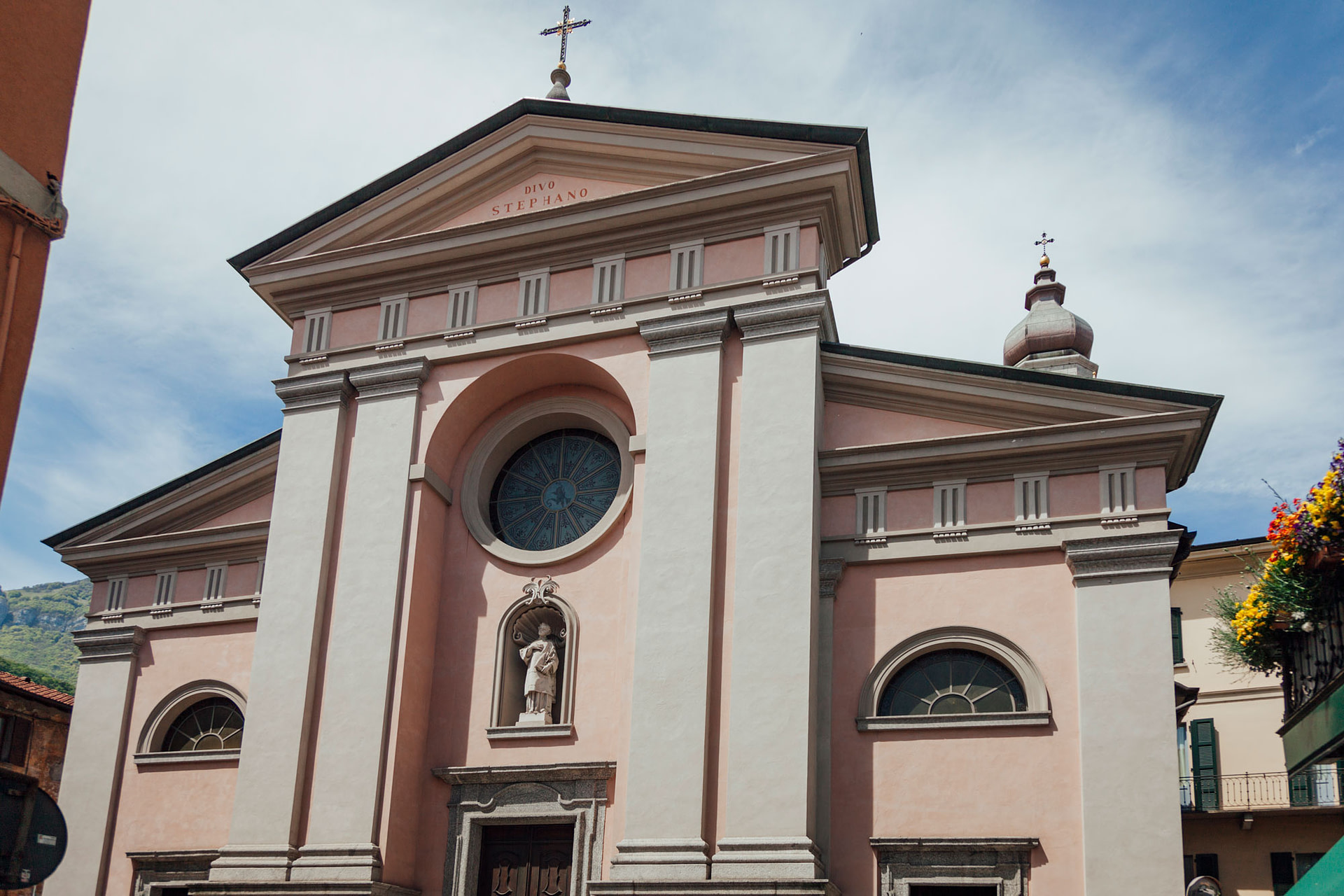 The parish church of Santo Stefano is located in the village of Menaggio, where once passed the Regina road, a few steps from Lake Como.

Inside the church you can admire a copy of a Madonna by Bernardino Luini currently on display at the Louvre.

Rebuilt in 1618 on medieval foundations. Inside: copy of the Madonna di Menaggio by B. Luini (original at the Louvre), valuable frescos by L. Tagliaferri (1899), large canvases attributed to G.A. Castelli and stuccoes of the Intelvese school. Bell tower by G. Castelli (1860) surmounted by a singular onion-shaped spire (1926).

At the end of Via Calvi is the parish church of S. Stefano of very ancient origins whose original Roman structures have howevere been lost; in fact the orientation itself is in the opposite direction of its primitive setting. The church has three naves which, in 1899, were covered with frescoes by a local artist named Tagliaferri.

Quite noteworthy is the one of the martyr Santo Stefano located in the vault of the apse. In the presbytery, two works by the painter Castelli from Menaggio. Above the altar of the Madonna, at the front of the left nave, you find a copy of a painting by Bernardino Luino depicting Maria with Jesus and an angel; the original work is now at the Louvre.

The altar is surrounded by copper medallions representing scenes from the Madonna’s life. In the middle of the right nave there is a large painting of San Giorgio but the artist is unknown. The altar of “Il Sacro Cuore” is embellished with stuccoes of the 17th century by the “maestri intelvesi” (famous sculptors and craftsmen of the Val d’Intelvi who passed their experience from father to son and worked all over Europe). 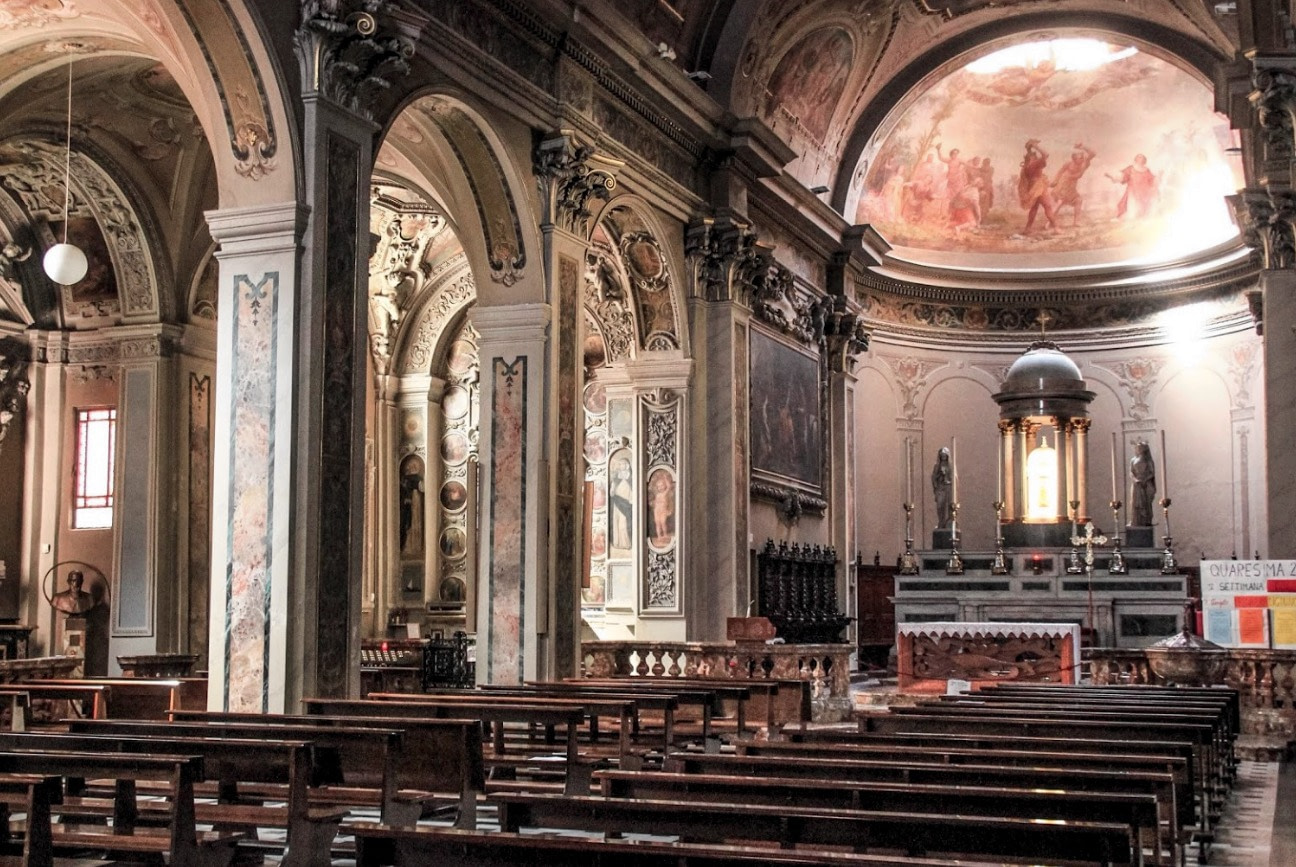 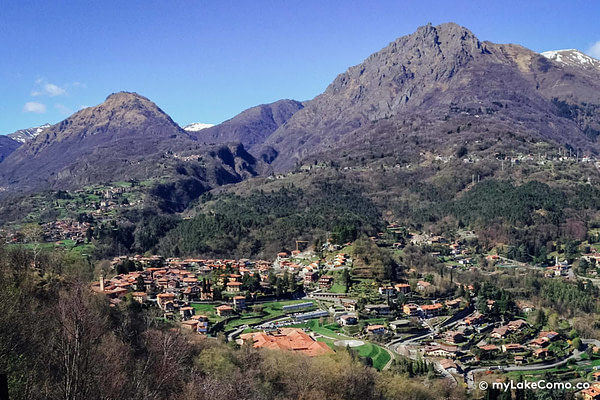 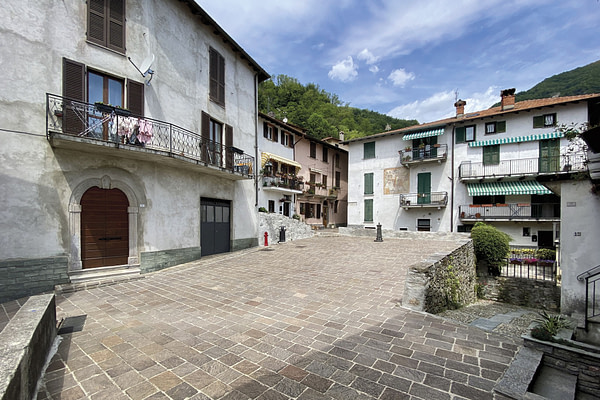 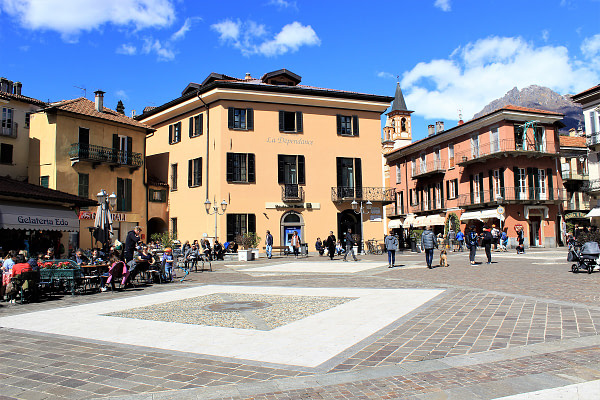 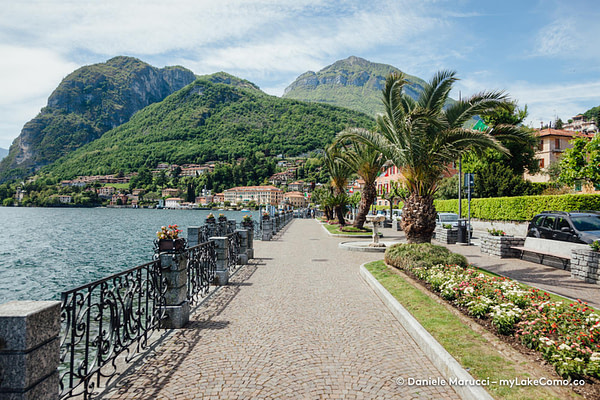