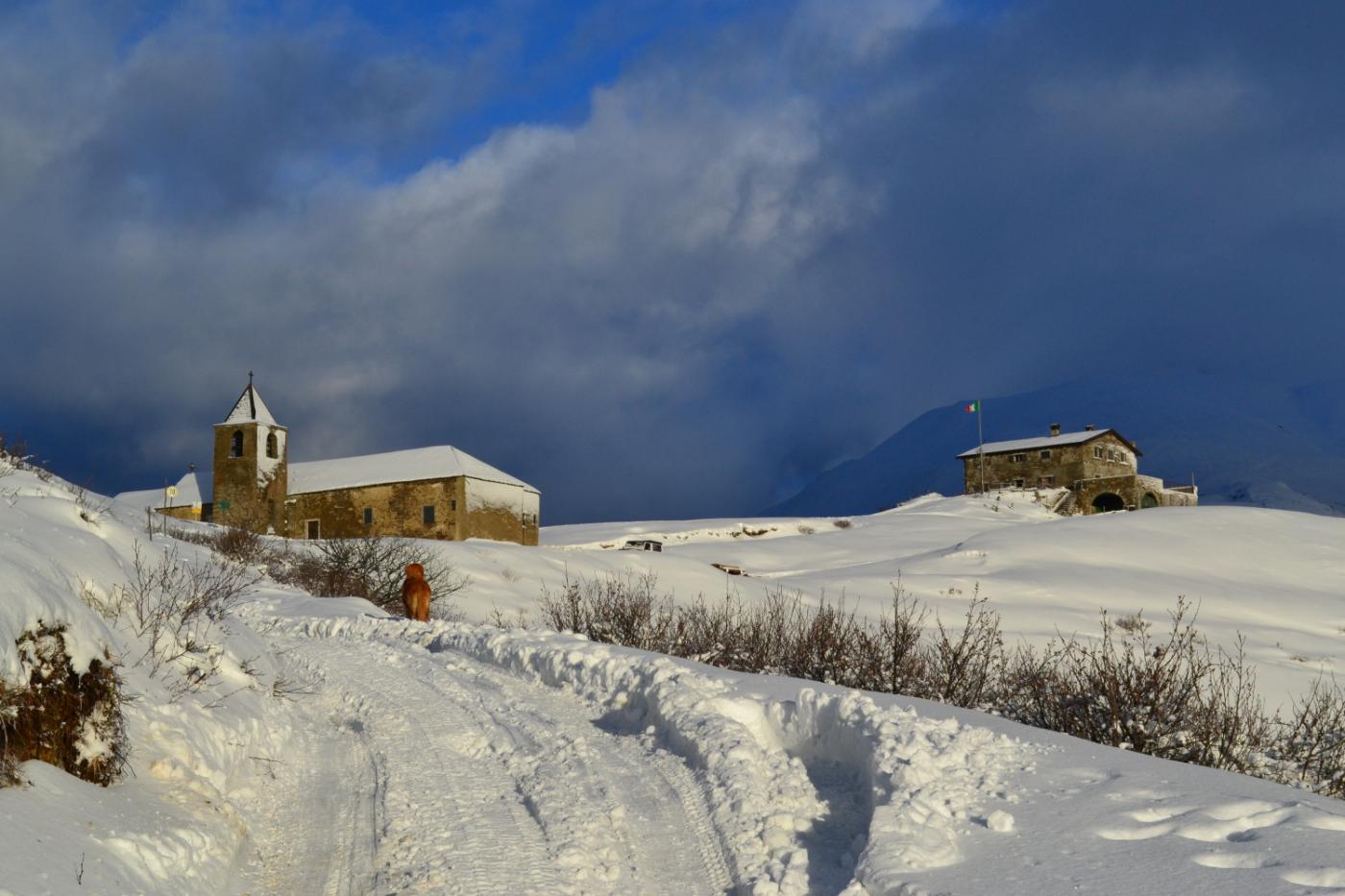 From the summit of Monte Garzirola you can see a large part of the Swiss territory of Val Morobbia and the panorama of the Lombard lakes and the peaks of the central Alps.

Ascent: At Dasio leave the road and pick up the cart track to the left and follow the sign for Mount Garzirola. You pass the little chapel of “La Madonna del Cepp” from where you can enjoy a wonderful view of “Val Rezzo”. From here you will find the signs of the 4 Valley trail, a splendid hiking trail of 50 km that starts at Breglia above Menaggio and leads to lake Lugano. At the fork in the area called Roccoli, you leave the cart track and ascend the slope in the middle of the woods up to the church San Lucio. The church is of the XV century and it has always been a cultural as well as a devotional point of reference for the people from both sides (Swiss and Italian). Inside there are paintings from the XV up to the XVII century and a wooden statue of the XV century which represents Saint Lucio.
According to the popular tradition San Lucio was a herdsman who offered the cheese he earned as a wage to the poor; the cheese miraculously multiplied which caused the envy of his master, who killed him. San Lucio became the patron Saint of the herdsman and cheese makers. The 12th of July is the feast in honour of the Saint, but he is also commemorated on the occasion of the Feast of San Rocco on the 16th of August. Close by stands the mountain shelter San Lucio on the border line between Italy and Switzerland.
Until about 20 years ago, “contrabandieri” smuggled goods like sugar and cigarettes on their backs across the border. And what is now the Rifugio San Lucio was then a barracks of the “Guardia di Finanza”. Go around the rifugio and follow the ridge where you can still find some boundary stones to the top of Monte Garzirola 2.116 m. From the top you look into Switserland onto the Val Morobbia and you can enjoy the view of the tops of the Central Alps. The rifugio Garzirola, also an former boundary barracks, is only open during the summer months.

Descent: along the route of ascent 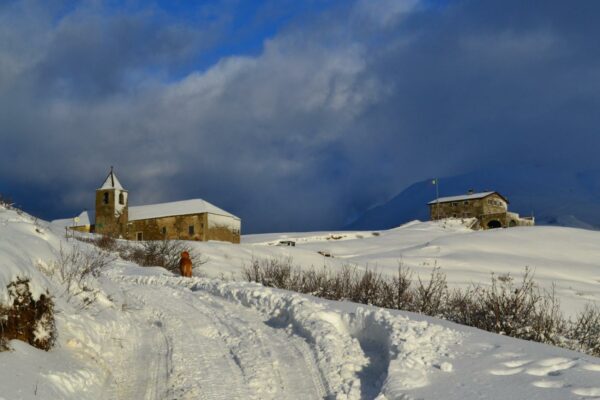 Snowshoe hike that leads to the top of Monte Crocione with a wonderful view of Lake Como and Val Menaggio.