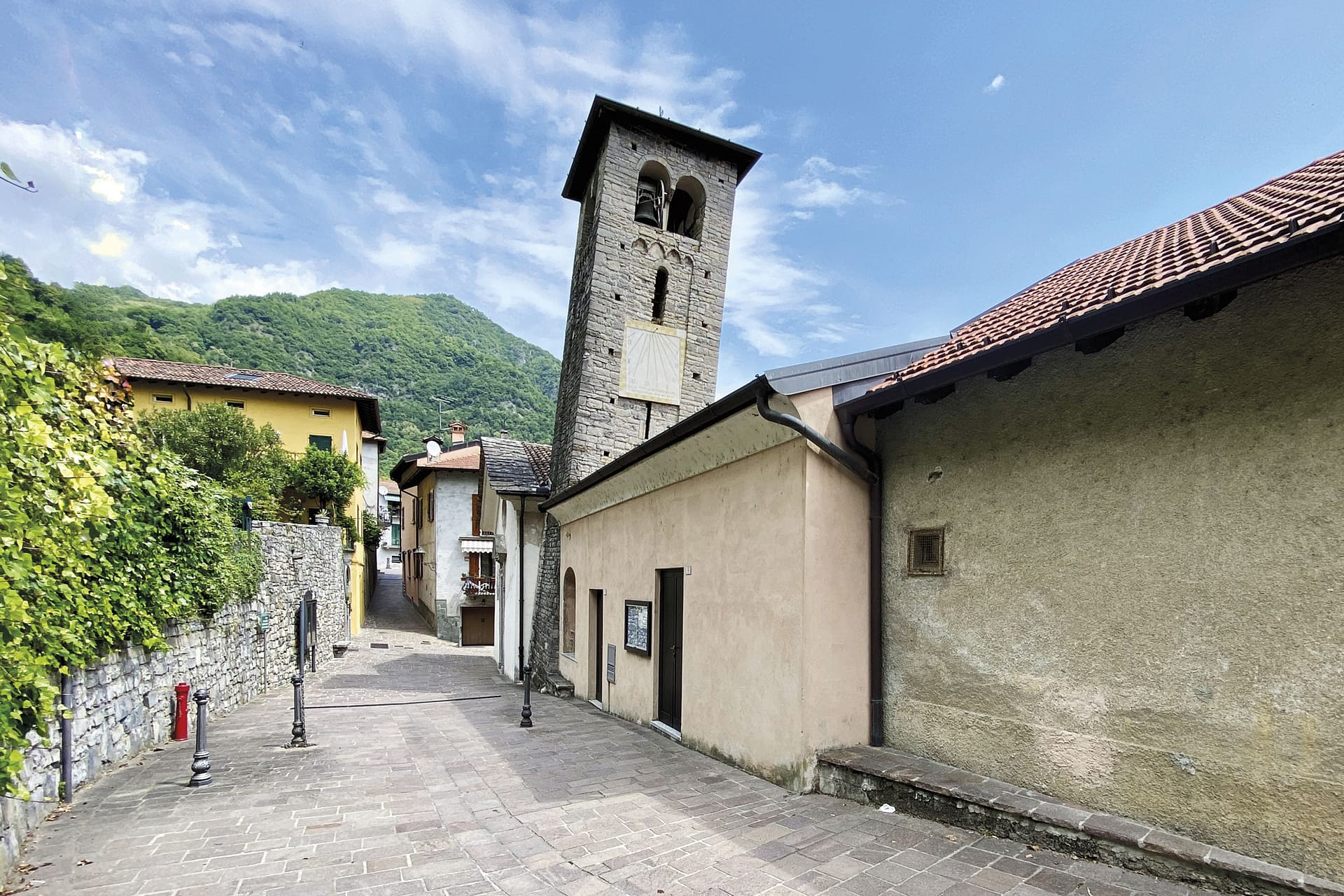 The Leaning Bell Tower is located in the hamlet of Nobiallo, Menaggio and it is a building dating back to the XII century.

The Leaning Bell Tower, with a square plan, is placed on the south side of the Church of SS. Bartolomeo and Nicola; it is covered by a pavilion roof and characterized by a strong slope.

Among the longest-lived bell towers of the territory. On the south facade there is an ancient sundial. The ossuary below, restored in 2001, hosts a painting by D. De Capite. 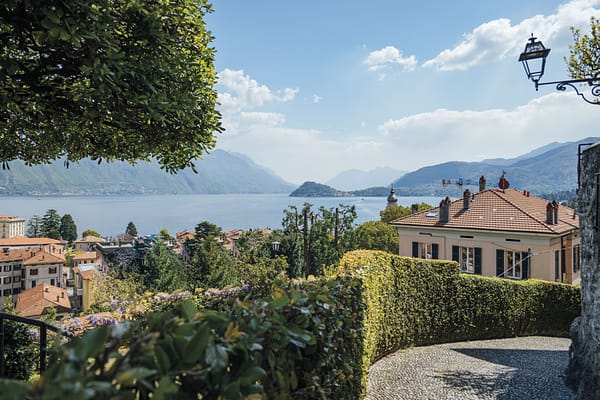 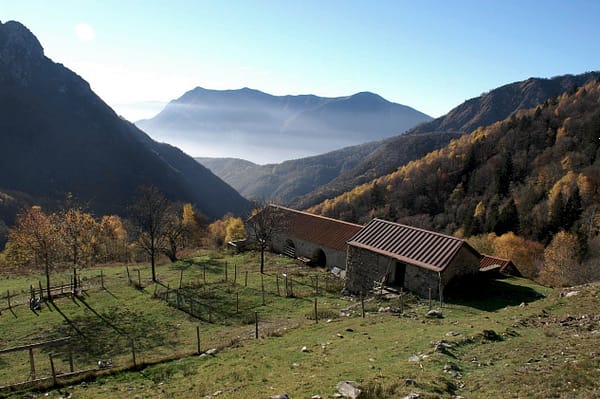 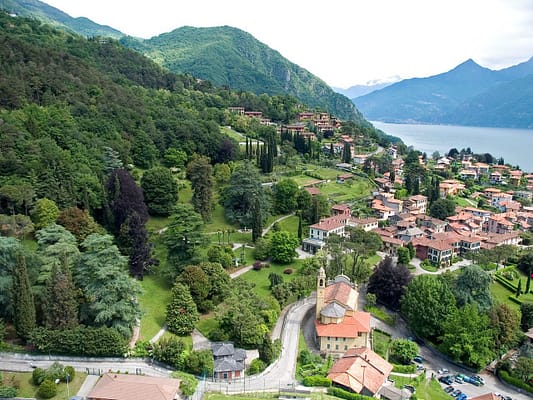 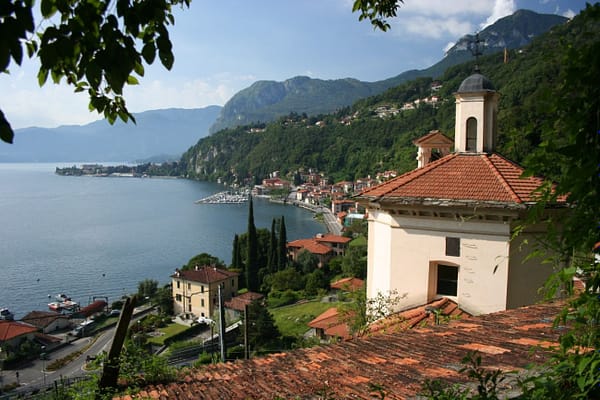